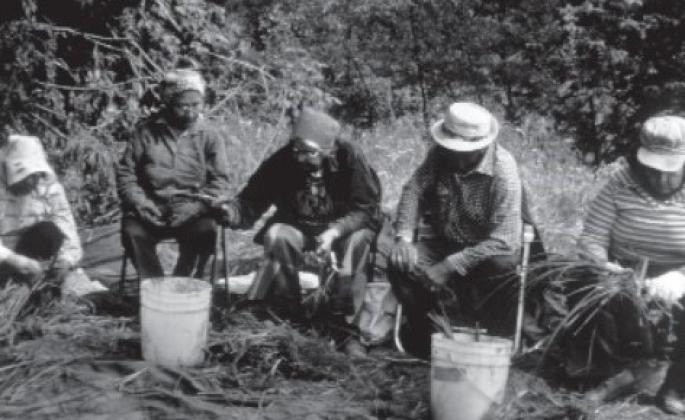 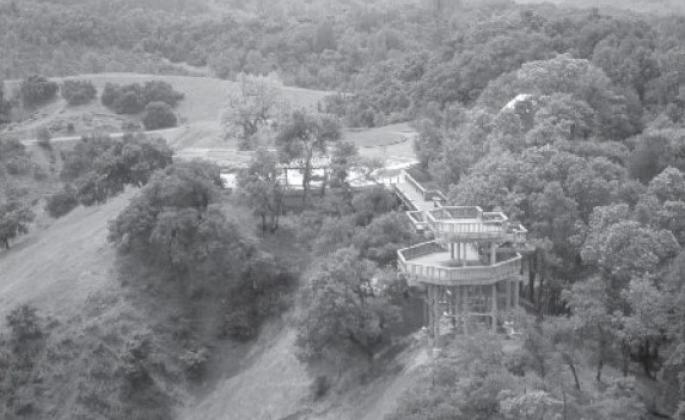 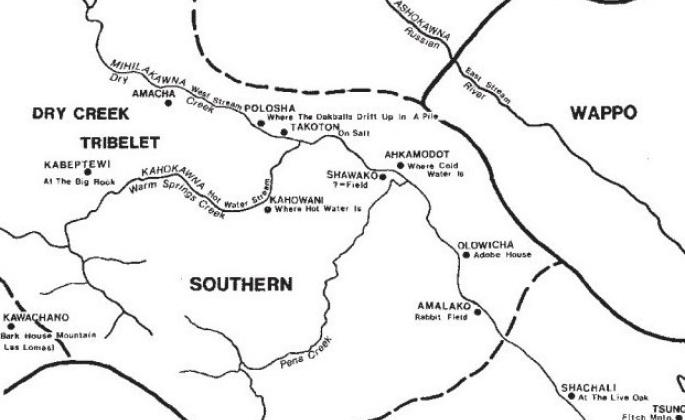 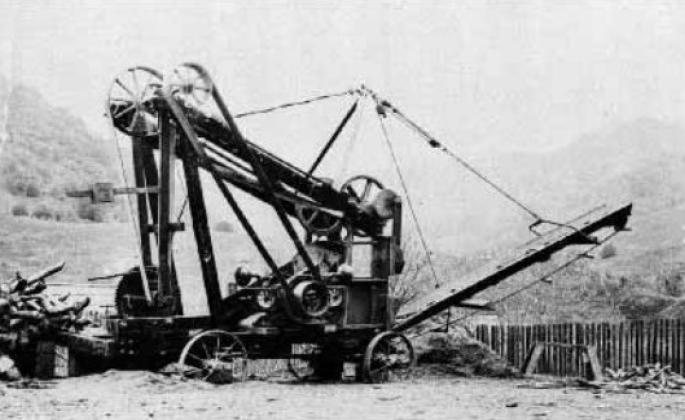 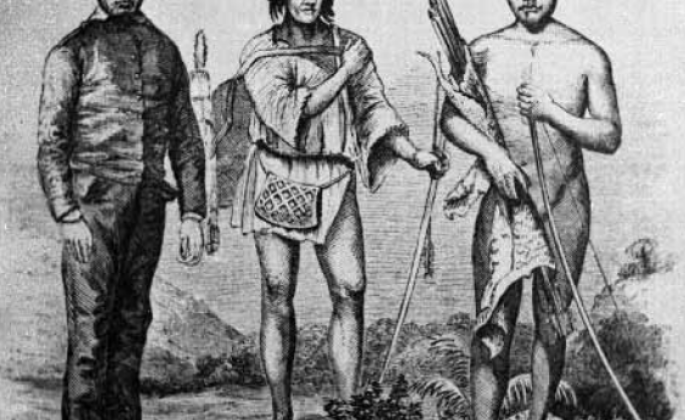 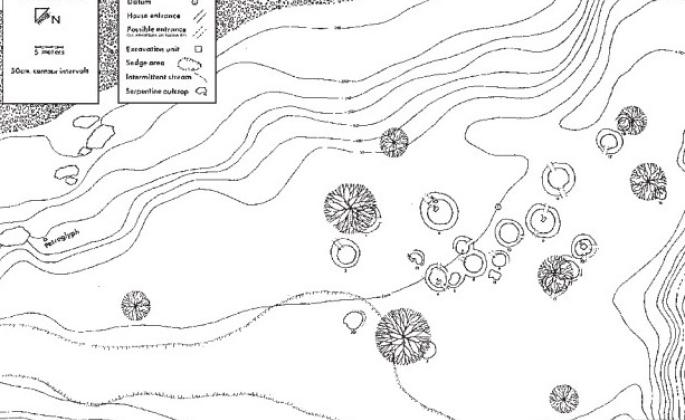 CA-Son_598, a site that provided a rare look at village composition 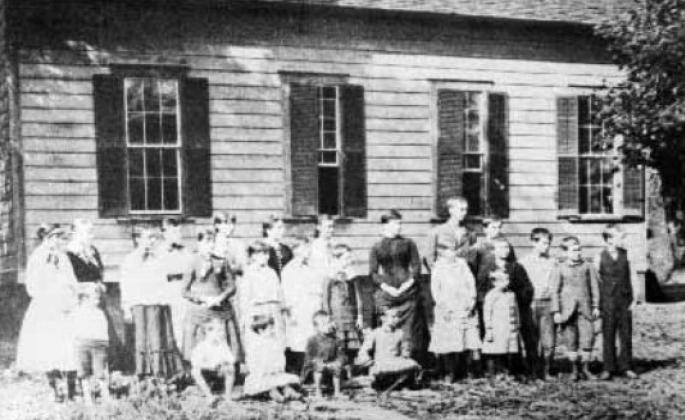 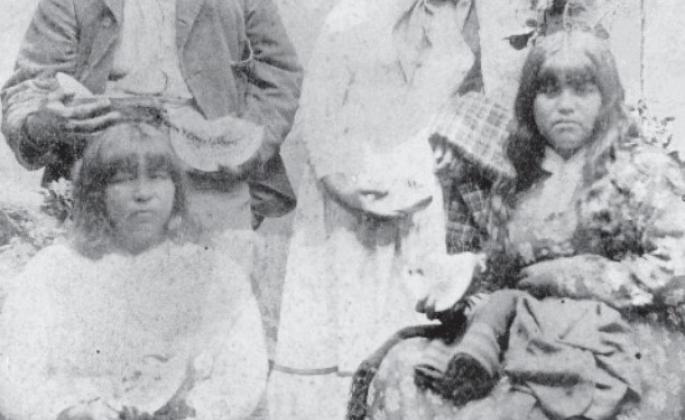 A Makahmo Family, circa 1898, Mr, and Mrs. Jim Marino and daughters 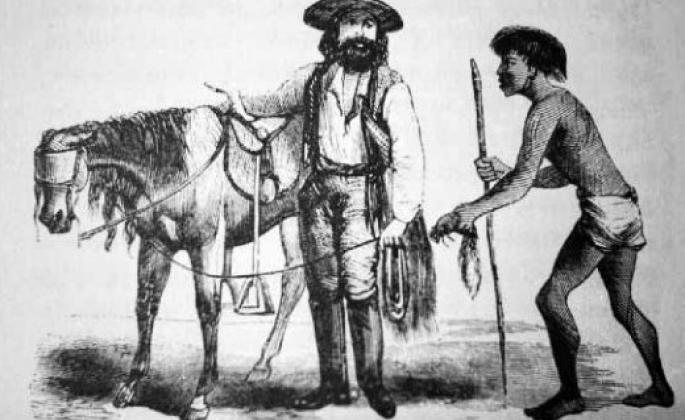 Jose Ramon Carillo of the Santa Rosa de Cabeza Rancho with an Indian worker, drawn in 1850 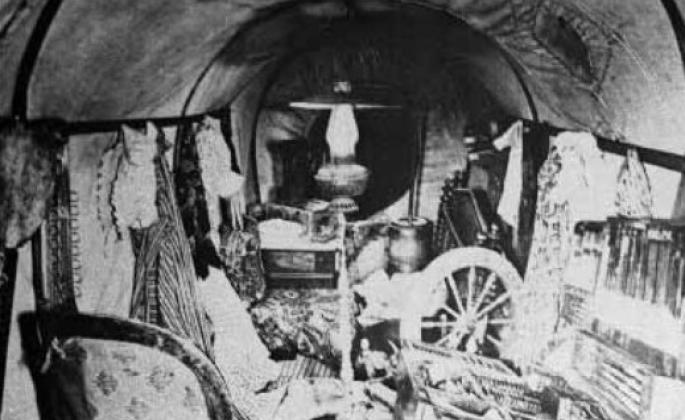 An overloaded wagon brought across the plains

The Warm Springs Cultural Resources Study was one of the first large projects conducted under federal historic preservation laws and regulations enacted in the 1960s. From 1974 to 1984, before the filling of Lake Sonoma behind Warm Springs Dam, the area was intensively studied by a team of archaeologists, cultural anthropologists, architectural historians, ethnobotanists, historians, and Native American traditional scholars. Before Warm Springs Dam was the last of many reports produced by that team, synthesizing the material for a general audience.

Unfortunately, by the time the report was completed in 1985, the U.S. Army Corps of Engineers had insufficient funds to distribute it as widely as intended. Funds for the envisioned future publication of the volume never materialized. A few years ago, the Anthropological Studies Center requested permission from the Corps to publish the volume elsewhere. This was granted and thus began the task of recreating a volume whose text resided on obsolete “elephant disks.” Rose White scanned the text from the original provided by the Corps. The authors proofread the text for the myriad minute errors that sneak into scanned text. Maria Ribeiro formatted the report, inserted the graphics, and made the final edits. Scotty Thompson and Richard Stradford helped us find elusive photographs.

Much as we were tempted to update the volume and revise sections we now know to be inaccurate or outdated, we agreed that such an effort would put the volume’s publication back another 15 years. So except for very minor technical edits, this is the Before Warm Springs Dam: A History of the Lake Sonoma Area as it was submitted to the U.S. Army Corps of Engineers in 1985.

The full report can be accessed here (59 MB pdf).

A compressed version of the full report can be accessed here (23 MB pdf).